Prepare to be spun some yarns  - who knows where this could go?  ...chaired by tricoteuse Jenni Murray.  What will she unravel?

Email ThisBlogThis!Share to TwitterShare to FacebookShare to Pinterest
Labels: Jumpers 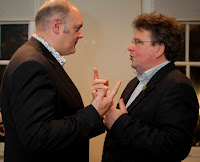 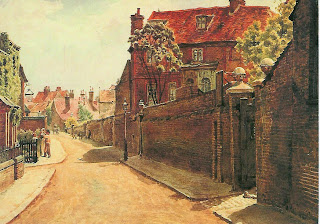 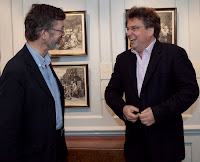 Just in time for William Hogarth's 314th birthday (10th November) Hogarth's House reopens after an eventful three-year restoration prolonged by a serious fire.  Jane and William Hogarth moved into their country cottage in sleepy Chiswick in 1749, William having established himself as the leading English painter of the day.  Today the house sits at an angle behind a long wall sheltering its oldest, still-living inhabitant, Hogarth's Mulberry Tree.
The house was opened by local Chiswick satirist, Dara O'Briain adn may now be visited Tues-Sunday, noon-5pm 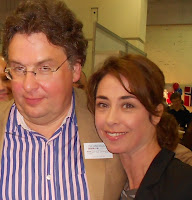 Hot-foot from their successes at the BAFTA and Golden Dagger awards, Lars Tharp interviewed Sofie Gråbøl (Sarah Lund) and Søren Malling (Meyer) from Forbrydelsen (The Killing).  Sofie revealed that the actors were all kept in the dark as to who the killer was until the very final scenes.  Series two comes to BBC4 in the next few weeks...
Posted by LT at 09:16 No comments: