Save The Wedgwood Museum...

What the Dickens?!   - Lars Tharp's Open Letter, emailed to friends and colleagues  on the BBC Antiques Roadshow and beyond... 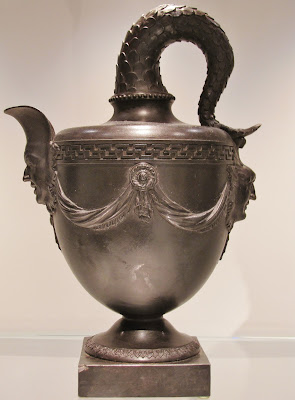 Happy New Year?  Many of you will have read with disbelief the legal ruling, given just before Christmas, that the contents and unique archives housed by the award-winning Wedgwood Museum are deemed “disposable assets”, that they can –and indeed are - to be sold in order to contribute to the Wedgwood Waterford Group's pension fund  -on their closure  reported as being £134million in deficit.  Any bullish auction-room valuation of the Wedgwood Museum’s unique collections, (deposited in a Museum specifically created to remove objects and archives from the manufacturing Group’s material assets) would amount to but a small fraction of that deficit, much less once all lawyers’ and other professional fees are deducted from this already long drawn-out legal case.
As we enter Dickens’ bicentenary year we shall see how this Jarndyce and Jarndyce situation plays out.  I do not say the December 2011 legal judgement is “wrong” -but it can never have been in the minds of those writing Pension Law to bring a museum  -ring-fenced years ago precisely to protect it against such an eventuality- under the scythe of a wholly separate company.  -  This the lawyers themselves admit.   Consequently, it must be for Parliament to save a highly significant cultural asset from dissolution, and for them to remedy a clear case of Unintended Consequences arising from inadequately drafted law.
We must ensure that the Wedgwood museum, into which, over the years, so many benefactors have given time and money (including the winning of £100,000 from the Art Fund as “Museum of the Year” in 2009) is saved.
It is a spectacular museum preserving and displaying the lives, archives and artefacts from a period when our country exploded with ideas and industry.  Not only the documents of Josiah Wedgwood and his family, his partners, designers and first-rankartist/designers (Wm Blake, Flaxman, Stubbs, Reynolds et al.)  but scientific papers from the Darwins and other members of the remarkable Lunar Society from which so many great figures and ideas emerged through the 18th and 19th centuries.  A Great Shame would descend on our own hard times if we were were unable to prevent so important a part of our national/international narrative being dissolved.  -  It would be a double-indictment, when we see our taxes repeatedly raided for the ever-increasing (some would say obscene) sums devoured by the forthcoming, ephemeral London Olympics.  Our civilized neighbours and our children would rightly judge us as philistines if we/our legislators were to allow this to happen.
If you have not done so already, (and I know some have), will you please, join the campaign to Save the Wedgwood Museum by doing one or all of the following:-
1) adding you name as supporter  through http://www.savewedgwood.org  and savewedgwood@gmail.com
2) telling all whom you feel will join the campaign   -copying this email if you like
3) writing to your local MP / the PM; Ministers Ed Vaizey and Jeremy Hunt at the Department for Culture Media and Sport and to any national newspapers. 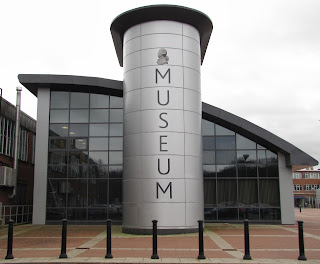 and
4) visiting the Museum (in administration but still open) to see just how fantastic it is;
At the time of writing (5th Jan) one glimmer of light comes from a potential benefactor/buyer, John Caudwell, declaring just before Christmas, that he will stand in.  Though potentially very good news, this generous declaration still needs to be buttressed against all the possibilities of a Bleak House scenario.  Until the Wedgwood Museum is safe, please keep lobbying!
God Bless us, Every One!   Lars Tharp for Trump & Co. Jan 2012
Posted by LT at 03:33 No comments: